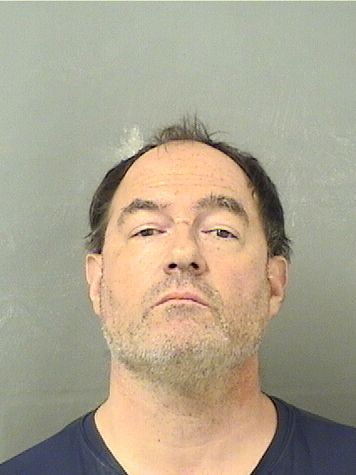 All of the information contained on this page regarding the detainment in South Florida (Palm Beach County) of EDWARD MICHAEL BORKOWSKI is being done in accordance with all applicable statutes in the State of Florida and in the United States. Florida has long maintained a position that records filed by government workers and agencies, such as the Palm Beach County Sheriff's Office, should be accessible to the general public. That is why you are seeing a booking photograph and/or police report about EDWARD MICHAEL BORKOWSKI on this page.

Section Four of Article I of the Floria Constitution which was ratified in 1968, permits the free exercise of speech and expression by all. Specifically, Section 4 reads in relevant part: "Freedom of speech and press. - Every person may speak, write and publish sentiments on all subjects but shall be responsible for the abuse of that right. No law shall be passed to restrain or abridge the liberty of speech or of the press."

Accordingly, this report regarding the detainment in Palm Beach County, Fla., of EDWARD MICHAEL BORKOWSKI is permissible by both Florida law and federal (U.S.) law. Please do not contact our office for bond information or for an update on the status of EDWARD MICHAEL BORKOWSKI as we are not affiliated with any courthouse or sheriff's office. We are an independently owned and operated media company.


Agency That Filed This Report :

The content published on this page regarding EDWARD MICHAEL BORKOWSKI is intended solely for informational purposes and should not be used in violation of any local, state, or federal law. PBB does its best to ensure the accuracy of the names, dates, locations, and charges contained herein but does not guarantee that accuracy. To verify the information on this page, we encourage you to visit the official website for Palm Beach County, which allows access to the public to all manner of public records, including civil and criminal court cases, real estate transactions and tax bills, and the like.

We are not affiliated in any way, nor have we ever been affiliated whatsoever, with Palm Beach County, the State of Florida, the Palm Beach Sheriff's Office, or any local or federal criminal justice agency. The inclusion of EDWARD MICHAEL BORKOWSKI on this page is indicative only that the PBC Sheriff is reporting that it detained EDWARD MICHAEL BORKOWSKI. It is not evidence that a crime was committed. Everyone whose name and likeness appears herein is entitled to a speedy trial on the charges on which they were detained. That trial just like this report will be open to the public in the interest of fair and transparent governance.

Our editorial team endeavors to display accurate records of files docketed by law enforcement personnel in and around Palm Beach County Florida. The content on our website is being republished directly from reports made by duly sworn officers of the law. We are not the original author of any of the records herein and do not guarantee the accuracy of any information. If you believe a record on our website contains an error, we encourage you to write to us and we will conduct an independent verification. Please keep in mind that the dismissal of charges or the exoneration of a criminal justice defendant does not render unlawful our reporting that an arrest took place.

To submit a request for deletion of a booking photograph or arrest report, we ask that you write to us seven days a week via e-mail.

Florida's Sunshine Laws permit the publication and display of these records on our website.
We are not a criminal justice agency and are not required to seal records as prescribed by Fla. Stat. §943.0585 or Fla. R. Crim. P. 3.692.
Our website contains records only that someone was detained by a law enforcement officer in Palm Beach County Florida USA.
We are unable to provide file‑by‑file updates on the status of any particular criminal case as such dockets often reach into the hundreds.
The official website for Palm Beach County offers 24/7 access for the public to view the status of all civil and criminal cases.
Your use of this website constitutes acceptance of our Terms of Use, Privacy Policy, and Legal Disclaimers.
Our company is steadfastly committed to adhering to all local laws in Florida and the United States of America.
To submit a request for removal of a record herein, we ask that you write to us seven days a week via e-mail.